The Court of Appeal of Leeuwarden (NL) has confirmed the judgement of the Court in Groningen (NL). The coin pusher “Treasure Island” from KMG Asia BV Company from Holland is a slavish imitation of the “Fun City” coin pusher from VdW International BVBA (Brussels,Belgium). By producing, importing and selling the Treasure Island, KMG Asia acted illegally towards VdW International.The Dutch court in Groningen has decided that KMG Asia is no longer allowed to produce, nor sell the Treasure Island or any similar looking coin pusher. 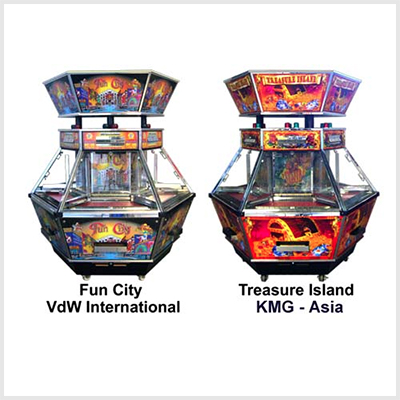